Besides talented players, there are of course some soccer players who fail to live up to expectations. While players who exceed expectations don’t always receive the credit that they deserve, others who aren’t good enough receive too much.
In this article, you will find a list of players who were sold for too little and exceeded expectations.

The player of Real Madrid was transferred from Werder Bremen with the fee of USD 22 million in 2010 after his superb showings in the 2010 World Cup. Although he was relatively unknown as he had just emerged in South Africa a few months earlier and many people were not expected him to be a success, he blow them away with his excellent performance and justify the fee that Real spent for him.

In his debut season, Ozil assisted 25 and scored 10 in 53 total appearances. The results made him to the top assister in La Liga’s, only one behind Lionel Messi. Still, the German must continue to prove himself. 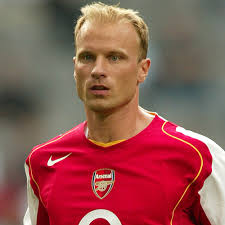 After two unsuccessful seasons in Italy, Bergkamp moved from Inter Milan to London to play for Bruce Rioch’s Arsenal. He performed well in the first seasons although he had a lot to thank to Arsene Wenger’s arrival in summer 1996 which triggered Bergkamp’s superb performance. He was PFA Player of The Year in 1998, after contributing to the victory of the Gunners in the Double. Arsenal’s next victory came in 2002 with another EPL and FA Cup Double and Bergkamp would end his career with Arsenal in 2009 with four FA Cup titles and three Premier League trophies.

Bergkamp scored a total of 104 goals in 11 seasons at the Gunners. Although he was never able to break the 20-goal barrier in the EPL but he is still one of the greatest strikers ever. Thanks to which that Arsenal just had to pay USD 12 million for his contribution.