The Best FIFA Football Awards is an annual football award presented by Fédération Internationale de Football Association (FIFA) since 2016. The first awarding ceremony was held in 2017 in Zurich, Switzerland, aimed to honor the World Player of the Year.

Of course, the category that got the most attention is The Best FIFA Men’s Player with 10 nominees shortlist for this year’s award. They are chosen based on their performance on-field and behaviour off-field from 16 July 2018 to 19 July 2019.

Two-time winner Cristiano Ronaldo are expected to reclaim his crown from last year’s winner – Luka Modric. He had a fruitful first season for Juventus as he secured the Serie A crown and guided Portugal to UEFA Nations League defeated the Netherlands.

When playing for Ajax, his performances helped the club reach the Champions League semi-final and win a Dutch League and Cup double.

He played starring roles for the former club Ajax before transferring to Juventus. He won a domestic league and cup double, and reached the Champions League semifinals.

The ex-Chelsea superstar scored 21 times and assisted 17 more as he played for the Blues at some stages last campaign, before finishing his seventh and final season with glory in the Europa League

He had an excellent 2017/18 season with 41 goals for Spurs and won the World Cup Golden Boot and played in the Champions League final.

He and his team mate went through the Champions League and Premier League Golden Boot. He had 22 goals in all competitions. In addition, Mane was instrumental in Senegal’s trip to the Africa Cup of Nations final.

He finished at 4th place in this award last year after winning the World Cup. This year, he had 39 goals in all competitions and secured the Ligue 1 crown as the division’s top scorer.

Messi had 51 goals in 50 games for Barcelona last season, winning the Golden Boot in both the Champions League and La Liga

Salad had excellent performances for the Reds last season, scoring 27 goals across all competitions, which ranked him as the club’s top scorer. The 27-year-old player also reached 50 Premier League goals.

The world’s most expensive defender played a major role in sealing Champions League glory, defeating Tottenham 2-0 in the final. He also Voted PFA Player of the Year as no player is able to past him in 64 matches since March 2018. 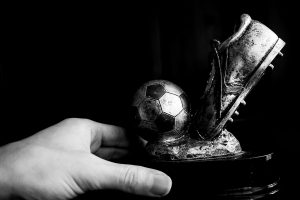 The four groups of voters are national team captains, national team coaches, selected media and the fan vote conducted on FIFA.com. Each group of voters is weighted evenly (25% each) when determining the final result.

Voting is now open  until midnight CET on Monday 19 August 2019, the three finalists will be announced at a later date and the winner to be announce at the ceremony in Milan on Monday 23 September, 2019.

NOW, it’s your turn to join the other key voices and choose The Best!