The next question that needs to be answered then, is what exactly is contributing to the annual revenue of the world’s richest clubs to grow at such a rapid rate that make transfers on this huge scale are possible. Of course, broadcasting income plays a critical part in it. The continuously rising global interest in the world’s most famous sport, and the TV rights bidding war between different channels that follows, led to Premier League clubs being given £5.1 billion in the latest deal, which has lasted from 2016-2019 (meaning it is worth around £1.8 billion per season to clubs). The last deal, which was from 2013-2016, was only worth £3 billion to the clubs, and the one before, from 2010-2013, was even less at £1.8 billion. These figures are applied for the UK only, and don’t even take into account the broadcasting rights in foreign countries, which are currently worth an additional £800 million per season to the clubs of the Premier League. 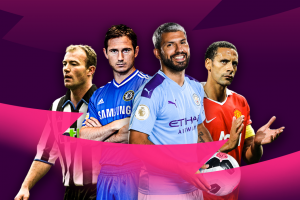 Although the broadcasting money is distributed partially depends on merit, the Premier League’s biggest clubs receive less of a substantial share than people think. Last season, title winners Chelsea was given around £150 million from TV rights, but even bottom-placed Sunderland earned £93 million. The Premier League is treating clubs more equal than other leagues around Europe, however. In 2014, Athletico Madrid won champions of La Liga, but only earned around £40 million from broadcasting – Real Madrid and Barcelona got around £123 million each, despite finishing at lower position. The broadcasting deal was renegotiated in 2016 among clubs across the league to be fairer, but this latest deal was still only worth half the amount of the Premier League.

In fact, it is often the small clubs across Europe’s top five leagues that earn more on broadcasting money for revenue. The giants can rely on their stronger reputations to secure lucrative sponsorship deals, bigger stadiums to earn more ticket money on match days, and Champions League prize money based on their success in the tournament each season. For example, Burnley’s £67 million TV revenue in 2016 made up 85% of their £80 million turnover for that year, while Manchester United’s £107 million broadcasting share only accounted for 28% of their £400 million annual turnover. Their commercial retail and sponsorship deals made up a much larger percentage – almost 50% at £198 million.