Transfer is one of the hottest topics about football. Some clubs make transfer contracts to own good footballers. However, some clubs are profit purposes because they see the potential future of this star, then they try to purchase then re-transfer with higher value in the next season.

The fact, people say football is an industry due to transfer transactions of players as well head coaches.

In this article, we continue to share top the biggest transfers in 2019-2020 season. Following to look back one transfer year of football. 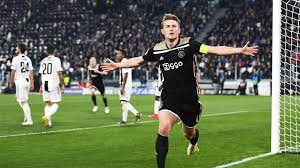 He was transferred from Ajax to Juventus with €85.5 million when he was just 19 years old. The fact, this was a transfer record at the defender.

He had a successful UCL season at Ajax. Although his team couldn’t pickup the trophy, his expression at semi-final against Juventus to push Juventus desiring strongly.

It was a historical event when he made one goal to Juventus, overcoming Ronaldo effectively. All performances seemed perfect and special for any clubs to conquer winning in the next season.

Finally, Juventus dare to pay much expense to own him in the defense. 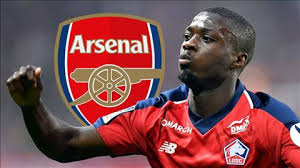 Nicolas Pepe with full of experience at big seasons and leagues, he was transfer from LOSC Lille to Arsenal with value €80 million.

After this successful transaction, Nicolas became the most expensive contract of Arsenal until now.

After many deals of Manchester United, Liverpool and Arsenal, he became a new player of Arsenal in the next season.

With flexible dribbling and passing skills, he was expected to connect with Aubameyang, Lacazette to build up strong attacker team for Arsenal. He was a reckoned player for any clubs at the Premier league.