When looking at the football transfer market, there are patterns, with similar footballers moving to similar types of club which means one sort of player is most valued by a club, will probably go in the summer or January transfer windows to the same sort of club. This post will introduce the most common kinds of football transfer.
1. The Statement of Intent
This is major star player, playing for one of the biggest clubs in the world, but is offered an huge amount of money to move to a less-success club. The player is usually paid for what he represents, rather than purely his ability in playing. These players are surrounded by workaday cloggers, so it isn’t easy to make that much of a difference.
When the players are transferred, they will likely talk about the “exciting project” being promised by his new club, although he will soon realise that he’ll be playing Europa League football every second. 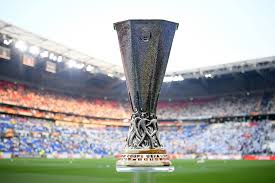 2. The Young Player Signed for Peanuts
At youth academy around the country, there appears one or two shady-looking men in brown trench coats, probably are attention-seekers, researchers for next year’s Football computer game, or talent-seekers from a club higher up the football pyramid.
As soon as they found the next best young prospect, who has grown up old enough to sign a contract, he will get signed and put into the back of a BMW 7 Series and head to the training ground of a Premier League or La Liga club where he will train once a week with the first team, before being loaned out to other teams before being sold to for millions of dollars. Although it may sound cynical, but it’s true.

Chelsea and Arsenal are those famous for this although when Arsenal does it, the club is signing players for the good of the sport but Chelsea does it as a malign tumour killing football.