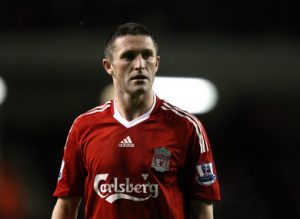 Former Republic of Ireland international striker Keane is the archetypal working class hero, playing with all the heart and gusto but has journeyed to 11 clubs during his professional career.

Keane has always moved to new clubs without being forced to the transfer. In 1999, he was hunted by Coventry and signed the £6 million contract with Wolves. His time with the Sky Blues was short and sweet with Serie A giants Inter Milan signing him for £13 million in July 2000.

Incredibly, Inter head coach Marco Tardelli, didn’t appreciate Keane so he was loaned and then sold to Leeds with a contract worth £12 million.

Despite his impressive performance at Leeds, due to the financial issues, he was sold to Tottenham in 2002 where he stayed for six seasons before being loaned to Celtic and West Ham. After that, he moved to LA Galaxy in 2011 where he rejuvenated his career and ended his career with Indian Super League team ATK.

The term “journeyman”  should be personified for the French striker Anelka. The player was even called “Le Sulk” due to his tantrums and disagreements with coaching staff and teammates during his playing days.

The Paris Saint Germain youth quickly rose to fame with Arsenal as scored 17 goals in 35 league appearances. Thanks to which, he earned a £22.3 million contract move to Real Madrid in 1999.

A poor season at the La Liga side drove him move back to Paris Saint Germain in 2000 before he was loan to Liverpool in 2001 after arguments with his coach Luis Fernandez. He was then sold permanently to Manchester City, Fenerbahce in 2005 and then Bolton in 2006. The last two move reinvigorated his career and attracted the attention of Chelsea to pay £8 million for his services in 2008. Anelka struggled to contribute at Stamford Bridge and came to a stuttering end with low key season with Chinese side Shanghai Shenhua in 2012, loan to Juventus  in 2012/13, West Brom in 2013/14, and Indian club Mumbai City in 2014/15.