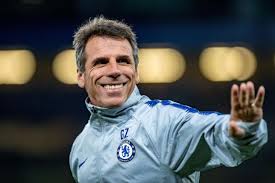 Signed in 1996 from Parma to Chelsea, Zola quickly made himself an impact helping Chelsea to get the FA Cup in his first season and was the first ever Chelsea player to receive the FWA (Football Writers’ Association Footballer of the Year) award. A year later, he scored the winning goal in the Cup Winner’s Cup which made up a total of 80 goals in seven years at the Blues. The attacking midfielder who helped Chelsea start winning some trophies, certainly worth a lot more than the transfee deal of $7.3 million.

Transferred from Paris Saint-Germain, Anelka’s performances at Arsenal are far more valuable than the transfer cost of $811,400 with 27 goals in three seasons. With his excellent performance, just two years after Anelka’s transfer to the Gunners, Real Madrid purchased the Frenchman for $36.2 million. It was a huge profit that Arsenal made off Anelka in just three seasons although the Frenchman never had the best of relationships with the Arsenal community despite the fact that, Arsene Wenger is superb with French players.

Manchester United were extremely smart in purchasing Hernandez from Guadalajara before the 2010 World Cup with the cost of up to $16 million. In South Africa, he was Man of The Match, scored a crucial goal against France, and scored a consolation goal against Argentina in the Round of 16.