As the English Premier League (EPL) kicks off a new season, the question of who spends how much money on players is an interesting topic. That rivalry will unfold over the season but for now, the question remains between Manchester City, Barcelona, Real Madrid and Paris Saint-Germain (PSG). 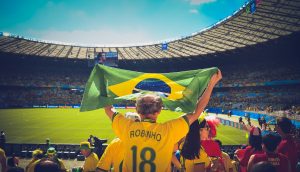 Manchester City ranks third in gross transfer spending and first in net transfer spending. When they want a player, they don’t hesitate to pay a premium. They seem to have endless resources to buy players.

However, clubs don’t just buy but also sell players. So, the net transfer spending which the difference between what a club spent to buy new players and what it earned on the players it sold off, is a more accurate assessment of club’s spending on new players.

Liverpool made use of their surplus to sign pricey contracts with notably defender Virgil van Dijk (85 million euros) and goalkeeper Alisson (62.5 million euros). For Liverpool, there was only two cases where it paid a significant premium price for its players.

By comparison, there are a greater number of instances in the case of Manchester City and Manchester United where they paid a premium for pricey signings. Manchester City has not hesitate to pay a premium to obtain a player with frequent signing of 50-100 million euros contracts to purchase notable player such as Kevin de Bruyne, Rodri Hernández Cascante, Riyad Mahrez, Raheem Sterling and Kyle Walker.