1. Beckham wants Suarez at Inter Miami
Rumours has it that David Beckham wants to sign Luis Suarez for Inter Miami which is about to enter the league for the first time; thus, they are carefully considering who that they want to bring into their squad.
The Major League Soccer extension franchise is making an approach during the January transfer window, knowing that Suarez has been interested in moving away from Barcelona. After a series of setbacks over the last few years, especially with the latest is moving into the stadium, Beckham would place a huge statement of intent in signing someone like Suarez. 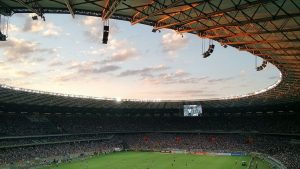 2. Messi questions Barca’s decision to pursuit Neymar
Barcelona legend Lionel Messi had worked really well with Neymar during his last spell at the Nou Camp. He also made it clear that he doesn’t know if the club has tried their best to complete the signing of the Brazilian sensation Neymar. If Messi and Neymar continue their cooperation, it certainly has a lot of potential of bringing success to the club – whether it be in January, next summer or beyond.

3. Rodriguez wins over Zidane at Real Madrid
According to a recent report, James Rodriguez – the Real Madrid star – is about to win over the support of Real Madrid manager – Zinedine Zidane, to be able to compete more over the course of the current season. This is the best effort over his future after a great deal of speculation that seems to be destined to end with him leaving the Bernabeu. With this opportunity of stepping foot in the door, the Colombian needs to prove his ability to compete at this level on a consistent basis, especially when you consider the competitiveness of the race for starting positions at Real Madrid.
Rodriguez is under a two year contract with Bayern Munich, with the interest of Juventus, Atletico Madrid and Paris Saint-Germain in the possibility of signing Rodriguez during the summer, it’s time for him to step up now.