1. Real Madrid and Paris Saint-Germain might make a swap this summer without Neymar but Alphonse Areola and Keylor Navas. It is not a typical swap but two separated deals in which Areola is set to join Real Madrid while Keylor Navas could go to Paris and take the responsibility of being team’s first goalkeeper. Rumors also states that Areola might join Real Madrid on a season-long loan and leave his boyhood club; so that there is space open for Navas to go in the opposite direction, as he is already behind Courtois in the pecking order. 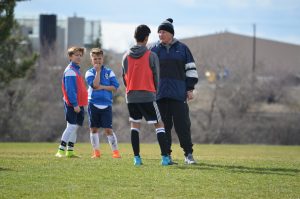 2. Bruno Fernandes of Sporting Lisbon claims that he had agreed to transfer to Tottenham Hotspur, but his club stopped the move. The midfielder states that Spurs had made a number of proposals to bring him to north London, which he agreed on. Bruno Fernandes has been thinking about playing in England, and he made his wage demands reasonable; however, other conditions must be fulfilled. Last year, Fernandes signed a new deal with the Portuguese with a EUR 31 million release clause, although regardless of the clause, Sporting apparently value him at EUR 60 million.

3. Leicester City are making their midfield look very appealing after the joining of Youri Tielemans from a six-month loan and Dennis Praet from Sampdoria with an official signed contract. Furthermore, Hamza Choudhury has signed an extended deal last 4 years with the Foxes which valid until the end of June 2023. Choudhury, is the England Under-21 international players who has started by playing for Leicester City in the Premier League. He is expected to become an important player for the team in years to come with very good performances recently. The Leicester manager is expecting Choudhury to commit for long-term to the club after his recent extended deal.