1. Chelsea looking to keep Emerson for longer
The situation is getting better and better for Emerson Palmieri at Chelsea since he joined two years ago while Antonio Conte was still the manager of The Blues. Since joinng, he has been a regular at left-back, with Marcos Alonso being pushed outside of the starting lineup and Emerson might get a reward for his fine performances with a new deal at the club.
His current contract valid untill June 2022, till the Blues are considering to offer him a new deal of another year and a pay rise. Thus, the 25-year-old might stay at Stamford Bridge until June 2023 if he signed the deal, giving him a good platform to continue improving under Frank Lampard. 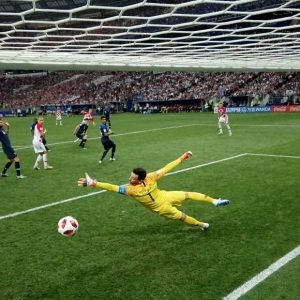 2. Napoli preparing contract extension for Ruiz
This summer, Napoli have notably signed Hirving Lozano from PSV Eindhoven for around EUR 42m, and now they are preparing other crucial deals in regards to Fabian Ruiz. The Spanish midfielder has been favoured of Real Madrid and Napoli for so long and they are ready to do everything for Ruiz not to leave the club any time soon. That is why a new contract has been prepared by the Serie A outfit for the 23-year-old footballer which will be worth EUR 3m per year. Furthermore, there would be no release clause for him.

3. Giroud considering MLS move next summer
After extended his contract with Chelsea for further 12 months, Olivier Giroud will stay at Stamford Bridge until the end of June 2020. The French striker has disclosred where he might be after that. Rumors stated that he has been following closely the players who left Europe to play in the MLS in the latter stages of their careers, and moving to America would be an interesting experience. However, he remains open to other options including another extension with Chelsea and hasn’t set a date on a potential move across the Atlantic. All we can do now is to wait untill next summer to see what happens next.