At the turn of the millennium and the idea of a footballer worth £100m would have been a joke, but in the growing world of transfer fees that mark has been breached several time.

On a never stopping upward trend, football’s accounting statistics continue to increase. In this post, we will look back at the most expensive football stars of all-time who have racked up vast fees throughout their careers, each with different degrees of success. 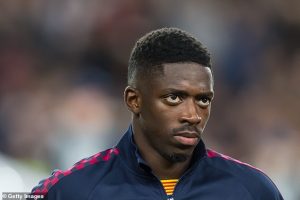 The French footballers makes his name in this list due to a courtesy move to Barcelona in 2017. At that time, the Spanish giants shocked the whole Europe by their record signing of the teenager star in the wake of Neymar’s departure.

Passing the ranks at Rennes before transfering to Germany with Borussia Dortmund, Dembele shinedin his only season in the Bundesliga before his high profile swap.

The 22-year-old star has experienced mixed time on a personal level since arriving from Dortmund two seasons ago, injuries prevented his progress to build himself as a key figure at the La Liga.

He has, however, contributed to the club’s success of getting back-to-back league titles and a Copa Del Rey title in his first two seasons and has his chance to make a major impact.

The 102 cap Argentina international footballer is a serial winner achieved many league titles in Portugal, Spain and France, and is ne of the finest players of his generation.

He established a popular reputation during a spell at Benfica, attracting the interest of Real Madrid before signing a big money move to the Bernabeu. Shining alongside stars like Cristiano Ronaldo and Karim Benzema, he helped the Spanish giants to success in La Liga and Champions League, before surprisingly left the club in 2014 with a British transfer-record move to Manchester United which proved a major disappointment. Nevertheless, the man struggled to adapt with the club environment and departed after just one season. He then reignited his career in Ligue 1 with Paris Saint-Germain and led the capital club to 12 honours with three titles in four seasons.