1. Real Madrid and Barcelona continues their battle to get Neymar; however, it seems to be difficult to come to an agreement with Paris Saint-Germain over a transfer fee. It got even more complicated when Neymar himself asks for a five-year contract worth €35 million per season. For Real Madrid, that wouldn’t be a problem as every member of the squad accepts Neymar’s superstar status. Neymar has already moved the transfer boundaries when he moved from Barcelona to Paris Saint-Germain with contract worth €222 million in 2017, but the record might broken again if Real Madrid or Barcelona manages to close deal which also mean an expense of €175 million on top of any fee that would have to be paid to the French club.

2. Real Sociedad will attempt to sign Nacho Monreal from Arsenal despite Monreal’s contract with Arsenal entering its final 12 months; however, it won’t be easy for closing the deal. The left-back Nacho Monreal has long been a wish of the La Liga club, and they are preparing to push forward to bring him to Anoeta. The player does not opposed to the proposal; however, Arsenal do have the option to extent Nacho Monreal’s contract for another year, and that is the greatest obstacle that Sociedad need to overcome. 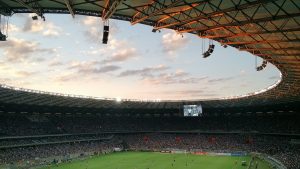 3. Fenerbahce are looking to bolster their squad by approaching Bayern Munich – one of the biggest clubs in Europe- for a loan deal of Jerome Boateng. Fenerbahce are looking forward to seeing whether Jerome Boateng would be available for an official move, as the Turkish club would offer him a season-long loan. Boateng is 30 years old player who earns 230.000 euros per week and Fenerbahce could be open to paying two thirds of that sum if he was to join them. Moreover, Jerome Boateng has fallen out of Niko Kovac’s plans and Bayern is ready to let him go.

4. Manchester City are close to signing the teenager forward Slobodan Tedic from Cukaricki Beograd. The transfer fee could be around three million euros, a sum that is really high for Cukaricki’s standards. Tedic has been playing very well for Cukaricki since the start of the 2019-20 season, and perform really well in Europa League qualifiers. It is a one in a lifetime opportunity for both Tedic and Cukaricki.