Football (soccer) is a game that the foundation set on loyalty, hard working, and passionate. Players are adored by millions of fans when players have strong commitment to their club for years with a spirit and determination to win that encapsulates what the fans want.

Despite the importance of these characteristics, there are still many individuals that favor freed, self-preservation, and apathy towards the club ethos. These players, considered and called as journeymen, quickly move from club to club, never settling in one specific club.

But does it distract them from achieve many success in the game? We list in this article the most successful journeymen in football by taking a look at the number of clubs they’ve moved to, how much they’ve worth in transfer fees, records achievements, ad a ton more.

Former Sweden international striker Ibrahimović has been popular with a reputation over the years for being one of the most arrogant footballers ever. The LA Galaxy star began his career with Swedish team – Malmo in 1999. 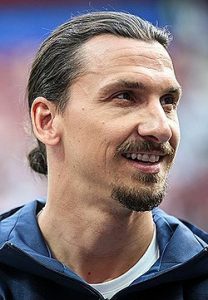 In 2001, he officially transferred to Dutch Eredivisie side Ajax for a contract of €8.7 million. Unfortunately, he was sold by the team to Serie A club Juventus for €16 million just nine days after signing, due to an alleged bust-up with Ajax teammate Rafael van der Vaart.

Ibrahimović was only member of the Old Lady for two seasons before a €24.8 million contract transfer to Serie A clubs Inter Milan. In 2009, the Swedish player was reported to move again for a contract worth €69.5 million to La Liga team Barcelona. A conflict with head coach Pep Guardiola drove Ibrahimović to switch clubs in 2010 to Italian club- AC Milan.

A record-breaking stint at Ligue 1 club Paris Saint Germain kept him spend four years with the club before a free transfer contract to Premier League team Manchester United followed by two disappointing seasons. Ibrahimović had the most recent transfer of his career when he signed the contract with MLS franchise LA Galaxy in 2018.