With more and more footballers from Southeast Asia making moves to various leagues and clubs in Europe, there is no doubt that the demand for quality ASEAN players is on the rise.

This has also led to an emerge in the transfer market values of some of the best ASEAN players. In this post, we find out the highest-valued ASEAN footballers at the moment.

The list is dominated by footballers from Thailand, Malaysia, Indonesia, and Philippines. However, it also brings up a surprise in that no players from the current Southeast Asian champions Vietnam finds a place among the most valued talents.

The 29-year-old Indonesian talisman stands at 10th spot from the list with the same market value since July 2018. Amsterdam-born attacking midfielder Lilipaly continues to be a critical player for both his club Bali United as well as the Indonesia national football team who are competing for a spot in the 2022 FIFA World Cup Qualifiers. 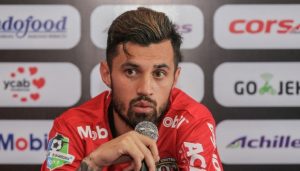 The Philippines forwarder scored his nation’s first goal at the 2022 World Cup Qualifiers campaign during a 5-2 match when being defeated to Syria in their open earlier this month and has also helped Ratchaburi Mitr Phol with goals since playing with them on loan from Thai League 1 defending champions Buriram United. The 31-year-old Spanish-born striker was once worth at £855,000 while he played with Chinese Super League outfit Henan Jianye FC in 2015, but has seen his market value gradually drop since 2016.

Thailand goalkeeper Kawin was joint-second in the list, but has seen his market value decline from £720,000 in September 2018 to £495,000 at the moment. 29-year-old, who has struggled with injuries, has also been forced to watch the War Elephants’ opening matches in the World Cup Qualifiers from the bench.