In August 2017, record was made when Neymar transferred to French giant’s Paris Saint-Germain from Barcelona for a contract worth £200 million, almost doubling the previous world-record transfer amount and started a worldwide dialogue about the absurd money paid for players in today’s football transfer market. Since then, the £100 million record has been broken twice, with Ousmane Dembele and Phillipe Coutinho both transfer to Barcelona for contract worth £135 million and £142 million, respectively. The amount is likely to be increased again in the near future, when Paris Saint-Germain announces their intention to sign Kylian Mbappe for around £165 million as soon as his loan period is completed. However, do these jaw-dropping high transfer fees mean top-rank football has completely lost the plot? Not necessarily – here are the reasons. 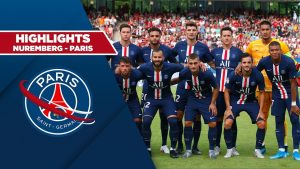 To easiest way to explain the current transfer market is through supply and demand. In other words, if the value of a player by the owning club is equal to or lessen than the value announced by a club wishing to buy the player, then demand is equal to or higher than supply, and the transfer is finished. However, it is also worth to mention that even if the owning club’s value of a player is higher than the price than any potential buyers are willing to pay, it doesn’t mean that it’s too high.

For instance, there are certain cases when a single player is so important to a club that their price are maxed out of the market. Recently, David de Gea’s ultimately unsuccessful transfer from Manchester United to Real Madrid was severely impacted by the fact that he had become absolutely critical to The Red Devils, to the extent that United were not willing to let him go for market normal price. In previous years, when Messi transfer rumours went about, a move never seemed nearly to being completed – his own talent made him so vital to Barcelona that he was considered as priceless.