There are some of the world’s most expensive players which create hughe commercial opportunities signings them such as Neymar costed Paris Saint-Germain £200 million. However, his shirt sales is undoubtedly a key factor in negotiating the club’s new £52 million-per-year kit deal with famous brand – Nike. It is safe to say that a player of Neymar’s quality will be vital to PSG’s Champions League hopes, and even scoring just one crucial goal in this competition could earn the French club tens of millions of euros in prize money. 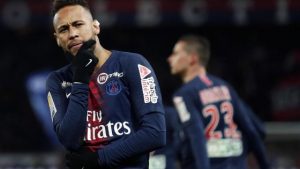 There are also outside influences that impact the rising transfer fees. For instance, the emergence of China into the market push out Europe’s top five leagues from the position of only entities capable of investing the funds for top talent, and prices will naturally increase to compete with the growing global market. The extravagant wage that China can pay has led to stars such as Ramires, Oscar and Carlos Tevez transfer to the Far East in recent years as President Xi Jinping implementing his plan to turn China into a great footballing nation, and this trend will only continue, especially if European clubs fail to compete financially.

If there is anything to complain about the state of Europe’s footballing elite, it’s the billionaire owners behind clubs who too much of willing to pump hundreds of millions of euros into transfers regardless of whether the fees balance or not. In fact, these owners were a significant force behind the state of the market. While Neymar’s signing will bring substantial additional revenue to PSG through numerous sources, it would not have been possible without the limitless funds of the Qatar Sports Investments group and Financial Fair Play. The £165 million contract of Kylian Mbappe also prove this.

As the popularity of football continues to raise, so will the revenues, and the interest of billionaire owners, leading to the increase of massive transfer sums they are able to provide. Whatever the value of players, one thing is certain – transfer records will keep breaking the record despite people continue complaining about it. Whether this market is sustainable or not, but for the foreseeable future, the money is staying in football.