Basic supply and demand can’t possibly explain today’s crazy prices of football transfer market. Huge money invested in the Premier League have caused quite a stir since – Paul Pogba’s 89 million poundsmove from Juventus to Manchester United, Virgil Van Dijk and Romelu Lukaku’s 75 million pounds transfers. It’s critical to take inflation into account when assessing these prices, though. In 2001, Zinedine Zidane agreed to transfer to Real Madrid for a world-record fee of 46 million pounds by that time. Accounting for inflation, that amount today would be worth around 70 million pounds. Of course, Zidane in his prime period was better than all three of these players combined, and there’s no way Neymar was even close as good a player as Zidane, although his transfer sum seems to suggest otherwise. This is were inflation in football market comes into the equation. 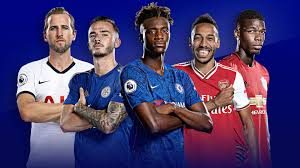