Alexis Sanchez joined Manchester United in 2018 under an exchange deal for Armenian Heinrikh Mkhitaryan. At first, the deal appears to made some sort of sense. However, through time Sanchez’s appearance in Manchester has turned out to be a nightmare for everybody.
Luckily, this nightmare could soon come to an end, as the Chilean’s representatives are discussing with Italian giants Inter about an initial loan move in which the Nerazzurri has the option to sign the forward on a permanent basis for a fee of £15.5m next summer.

A financial disastrous for the Red Devils 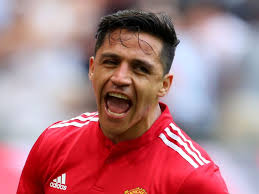 At time when MU signed Sanchez, many questiones were raised regard Red Devils wisdom in a contract worth £350,000 per-week although some said that the lack of transfer negated this massive wage which made Sanchez’s wages to be the highest-earning player in the Premier League.
It is a crazy amount of money for a player with a few decent seasons for Arsenal.
Despite his sulking during the 18 months in Arsenal, Manchester United believed that Sanchez could recover at Old Trafford. Unluckily for MU, he did not and the Red Devils are stuck with a financial disaster even take into account the loan to Inter. There’ll still be a large chunk of his wages that MU must pay.

Although rumors has it that Sanchez wants to stay with MU, his future is unlikely to be in Manchester at the age of 30, and being burnout after constant competition for the last half a decade.
While he was enthusiastic and full of energy playing for Arsenal, his battery seems to be empty to give to the club that has given him such a comfortable living.
It seems if he has any chance or even wants to save his career he needs to move to new surroundings, which may provide him with fresh motivation. However, that is what some thought when he moved to United.